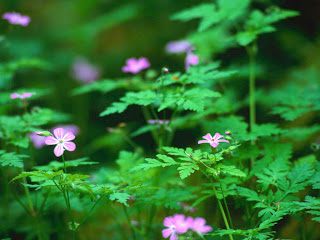 The many who lived in the same vicinity and attended the local school developed autoimmune diseases and cancers and various other ailments which can be put down to Lyme.
My best friend who attended the same Primary school as myself and whom lived right across the road, developed Lupus, when she was 18 years old she also  lived right next door to the  puppy which was brought to the village from the place I was  bitten by the horse fly and infected with the spirochete/s infection.
I saw how my friend suffered with Lupus but at the time no one could tell her what was wrong and the medical profession basically wrote her off or told her it was all in her head.
She and I were both going through the same problems with our Doctors only her symptoms were presenting themselves differently to mine I was seen as "lazy" or "a fantasist" or "hypochondriac.
She was just seen as plain old "strange".
I was diagnosed with Multiple Sclerosis first and she was diagnosed with Lupus about a year after me, but her symptoms started well before that of course just like mine.
At the time it was starting to become the norm hearing about former classmates being struck down with debilitating illness's and becoming all too frequent something was just not right.

It may of taken me a good few years to be able to piece the  jigsaw puzzle together but at least I have managed to get there now and have been able to have the right treatment, all too many still to this day do not know about Lyme or some disbelieve Lyme is the actual cause because the medical profession are also still blind to the truth or rather their ego's get in the way.

The immune system then directs antibodies against the healthy tissue not just antigens.
This causes swelling,pain and tissue damage.


Lupus symptoms are wide and varied.
Lupus may strike aggressively as an acute severe illness,or grumble and be undiagnosed for years.

The symptoms of Lupus are :


Symptoms of the skin:

Almost any type of skin rash may occur. "Allergies" are common and indeed the lupus patient may give a history of allergies to drugs such as penicillin long before lupus has been diagnosed.

A pinkish rash on the cheeks is present in approximately one half of hospital patients - in fact the "classical" butterfly shaped rash is seen in a minority. Inflammation in small blood vessels of the skin may give rise to a variety of rashes - the most common is a pinkish spotty rash on the elbows and around the fingers and toes.

Patients with lupus may develop Raynauds phenomenon - a tendency for the fingers to go dead white then bluish on exposure to cold. This phenomenon, which may precede the diagnosis of lupus by many years, is, of course, not unique to SLE and is also seen in otherwise healthy individuals.


Hair loss is one of the common symptoms of Lupus. While it is normal for hair loss to be noticed on combing the hair, much more significant is the complaint of finding considerable amounts of hair on the pillow in the morning.
The hair grows back after the attack is brought under control, though it may take several months to do so - long after the patient is otherwise better.

Symptoms on the Joints


The majority of lupus patients suffer from aches and pains. During a severe attack, these may occur all over the body, affecting muscles, ligaments and joints.
In the teenager, the joint pains may be passed off as "growing pains" - it is common, for example, to see pain limited to both knees. (Some years ago, SLE patients were often wrongly diagnosed as having rheumatic fever - a disease now almost extinct in major western countries).
In older patients, the patient may be suspected of suffering from rheumatoid arthritis.
The joint disease of SLE differs, however, from rheumatoid arthritis.
To put it in more emotive terms, for the vast majority of patients worldwide, SLE arthritis is not a crippling disease.

Symptoms on the Tendons


Perhaps the most common rheumatic feature of active lupus is inflammation in tendons. The patient may not, for example, be able to stretch the fingers flat - "saying ones prayers". Occasionally, this abnormal pull by tendons on the joints may lead to deformity.
An unusual, though almost characteristic change is the "lupus thumb" - a locking back into the "hitchhiking" position.
This tendency of the inflammation of tendons waxes and wanes as do so many of the features of lupus.
It is often the only sign of disease activity in an otherwise symptom-free lupus patient.

Symptoms on the Veins and Arteries


Inflammation of veins - "thrombophlebitis" is an occasional complication of lupus, though of course, it is a common enough medical problem on its own. Inflammation in small arteries is obviously capable of producing symptoms anywhere in the body.

In the skin, there may be red or spotty rashes.
In the kidney, it may produce a disturbance of kidney blood flow and in the brain, it may produce any number of features, from mild depressive attacks to more gross features such as a seizure.

Symptoms on the Brain


There is still uncertainty as to how frequently the brain is affected in SLE ( Systemic Lupus Erythematosus) . This uncertainty is partly because diagnosis of mild brain involvement is very difficult. It is very difficult to be sure clinically, for example whether an attack of depression in lupus is simply the natural reaction to a bad disease and its treatment, or whether it represents the (albeit mild) effects of inflammation in brain tissues. The brain (as is the case with other organs) has only a limited number of ways of reacting to "insults" such as inflammation - there can be disturbances of the normal thought processes (eg depression, hallucinations, odd behaviour), or there can be more marked abnormalities such as an attack of epilepsy, or the development of severe migraines.

It is evident that mild episodes of brain involvement during active lupus are extremely common. If true, this has important implications for families, nurses and medical attendants of lupus patients - to understand that an attack of mental depression, for example, may be due to the disease.

One of the more positive aspects about managing SLE is that these neurological features get better - they generally leave no damage.

One of the intriguing factors of the link with brain disease in lupus is that a number of patients with lupus, first developing at say, twenty, give a past history of epilepsy as a child.
It is tempting to think that these symptoms are related - possibly that the lupus had been present all along. The question of fitness to drive is a difficult one in the adult SLE patient who has had a seizure during an acute flare. While such a patient may well never have another attack in her life, at the present time there are no medical tests sufficiently clear-cut to convince the powers of the law that lupus patients can be treated more compassionately. (At the present time, patients who have had a seizure are banned from driving for two years in the UK).

Symptoms on the Kidney


The kidney is one of the body's most delicate organs. It differs from the other organs involved in lupus in that it has limited powers of healing. Having said this, we now know that even those patients with active kidney disease can and do, improve enough to come off all medication.

Lupus nephritis, as it is called, is produced by two main factors - deposition of the proteins discussed earlier in the delicate filtering apparatus of the kidney, and inflammation of the blood vessels supplying the kidney.

The kidney protests in three main ways - it becomes "leaky", and protein is detected in the urine, the blood pressure may rise (only in more severe cases), and chemical impurities normally excreted in the urine accumulate in the blood.

Of all the features of lupus, kidney involvement is the most subtle. While joint pains or a rash may quickly bring the patient to the doctor, a "smouldering" inflammation in the kidney may go undetected until irreversible damage is done.

It is for this reason that lupus nephritis has the bad reputation it does.
Conversely, it is obvious that in a patient who is diagnosed as having lupus and in whom there is no major kidney involvement, severe kidney inflammation can usually be thwarted.

In the patient whose disease has "gone into remission" (i.e gone away) - it is wise to check the urine every few months.

Because of the limited ways in which kidney disease may show itself, it may be necessary to perform a needle biopsy - largely to see just how much protein deposition and inflammation there is. Obviously this will influence the choice of how much treatment is needed.
Traditionally, textbooks have tended to quote a figure of 40-50% for "significant" kidney involvement in lupus.
I
It is almost certain that as milder (and earlier) cases of lupus are diagnosed, this figure will fall. In Graham R V Hughes' practise (and this still probably concentrates on patients with more severe disease) the figure is now nearer 20%.

According to Dr Lida Mattman any autoimmune disease root cause is Parasitic or bacterial infection.
Lupus is very like Lyme in so many ways and as Lida Mattman would recommend all patients who are diagnosed with any autoimmune disease should be tested for an infection.
If you are presenting symptoms of Lupus or have been diagnosed with Lupus it is well worth seeking out a Lyme literate Doctor to be tested and to be absolutely sure.

**Always consult a LLMD (Lyme Literate Doctor) or your own health care professional.**

Welcome to my blog here you can read my story and read about Lyme and co-infections and share your own thoughts and experiences of Lyme and Multiple Sclerosis and autoimmune diseases, ADHD, Autism, Dyslexia, anything Lyme Mimics.
Lyme is the Second great impersonator Syphilis is the first, Lyme and Syphilis are cousins.
Does Lyme mimic the diseases or are the diseases Lyme or co-infections?
The only way to find out is to be tested for Lyme and co-infections to see for yourself.
Gain as much knowledge as you can as well.
Read my experiences and the blog to get as much information as you can compare your own experiences.
Lyme and co-infections have reached epidemic proportions it is a worldwide problem even if it is not recognized by all the medical professions, governments & pharmaceutical companies.